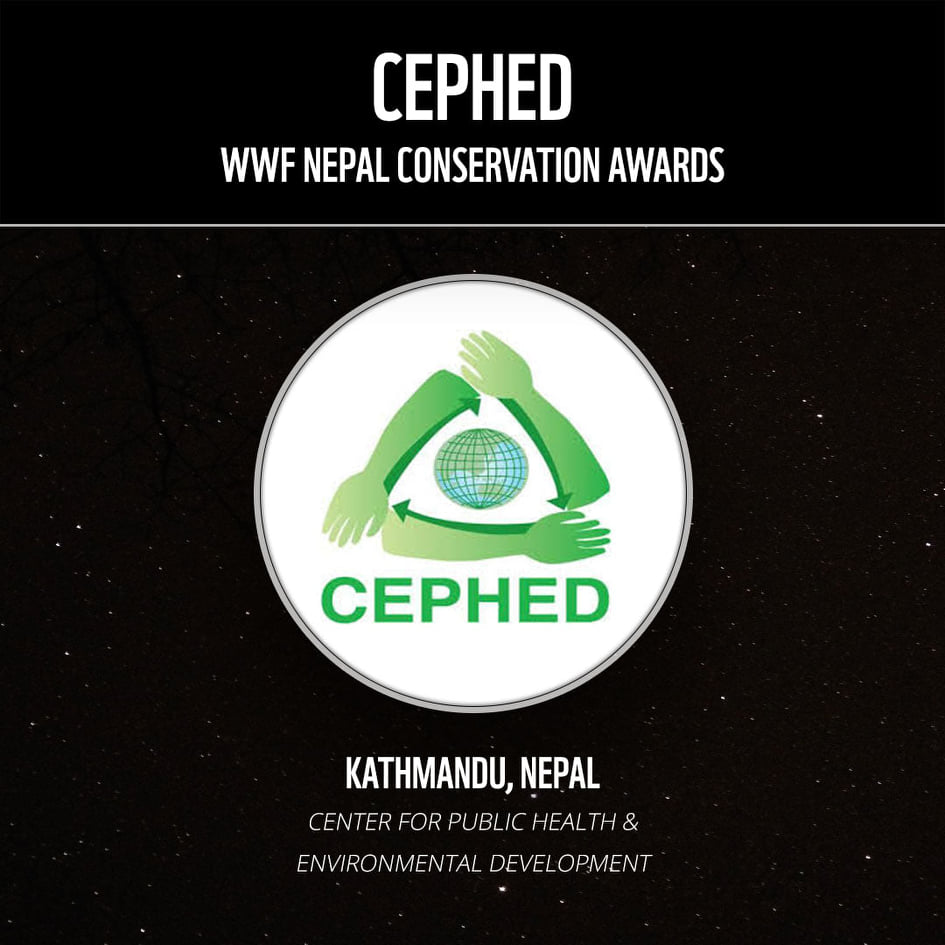 Happy to share good news about our CEPHED selected for ” WWF Nepal Conservation Award 2020″ for its work in the field of environment conservation and protection of public health. The organization has played a key role in reducing chemical pollution through elimination of Persistent Organic Pollutants (POP) and making mercury free health care services and mercury free dentistry in Nepal. That would have otherwise loaded the environment, air, water, river which flows through biodiversity reached areas including national parks of Nepal inhabited by many endangered flora and fauna.
Thanks to WWF Nepal, a panel of esteemed judges and all supporting individuals, organizations, regional and global networks and funding agencies.
Please join us in celebrating yet another great recognition and achievements from our collaborative efforts to protect the environment and public health. Thank you once again to all.
Pls see details about the prize and awardees announcement https://www.wwfnepal.org/opportunities/awards/wwf_nepal_conservation_awards_2020/

More can be found from 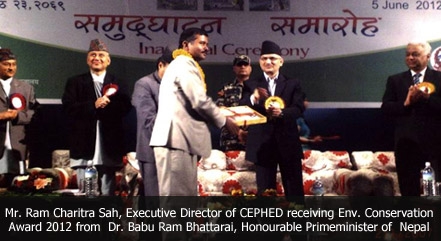 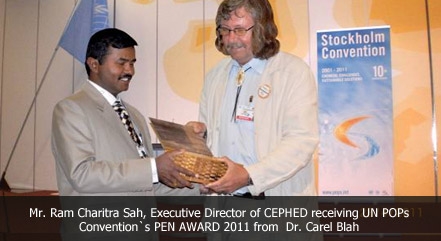 Recognizing the continuous hard work and outstanding contribution of Center for Public Health and Environmental Development (CEPHED) for raising awareness and making access to information on POPs including PCBs, CEPHED has been awarded with the 2011 PEN (PCBs Elimination Network) award in the category of cross-cutting issues. Ram Charitra Sah, Executive Director for CEPHED, accepted the award at a ceremony at the Stockholm Convention’s 5th Conference of the Parties, held in Geneva from 24 – 29 April, 2011. 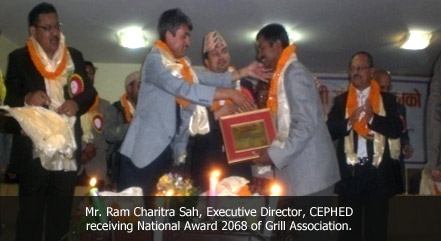 Recognizing the awareness activities of the CEPHED towards the PCB led oil contained transformer use in grill industry and its impacts to the grill workers, Grill Association have awarded Mr. Ram Charitra Sah, Executive Director of CEPHED with the National Award 2068.

On that occasion the message about the PCBs and its use in the welding machine along with their impacts on health and environment were also talked by Mr. Sah. The National Coordinator Mr. Gopalraj Serchan from UNDP GEF SGP Nepal program were also present on that occasion. Several national and international news media, web portal had covered the news about this achievement.