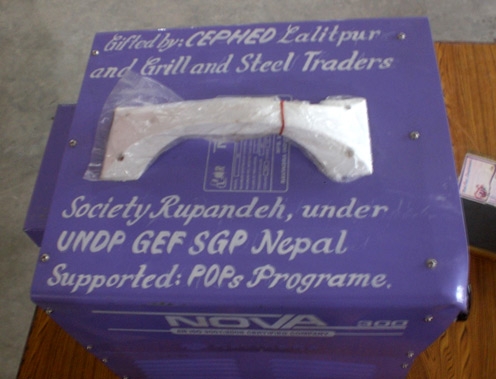 Since then, that workshop has been successfully operating that machine replacing previous PCB contaminated oil based welding machine thus helping in curbing the POPs (Dioxin and Furan) emission. After the completion of the awareness program on PCB in different part of the country, numbers of many other workshops have been replaced their oil based welding machine with the dry (dry, air cooler, gas or battery operated) welding machine. This is the great achievement of this project. With this shift, a great about of PCB and Furan emission has been prevented to be released and hence reduce the potential threat to expose to it.