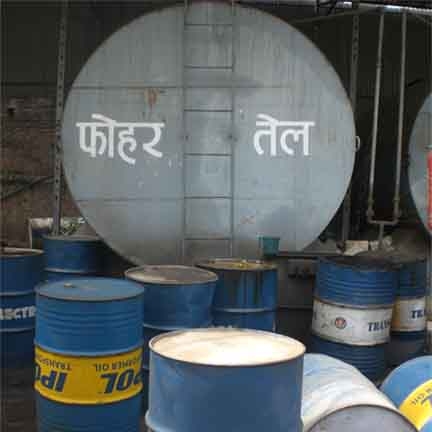 Under the UNDP GEF SGP supported program "Awareness raising and capacity building for elimination of POPs and its Sources from Nepal (2013-2014)", CEPHED conducted a study on PCBs and their impact on health and environment (a case study of Grill Workshop Workers in Nepal). Study was conducted throughout the country. (The final document is in progress). Along with the research, Inventory regarding the consumption of transformer oil was prepared.

Abstract of the Study:

This is descriptive study and sample was collected by simple random sampling. Quantitative methods were used for data collection and analysis.
In order to obtain grill workers opinions regarding PCBs contaminated oil and their impact on health and on environment this research was conducted through the help of structured and pretested set of questionnaire.